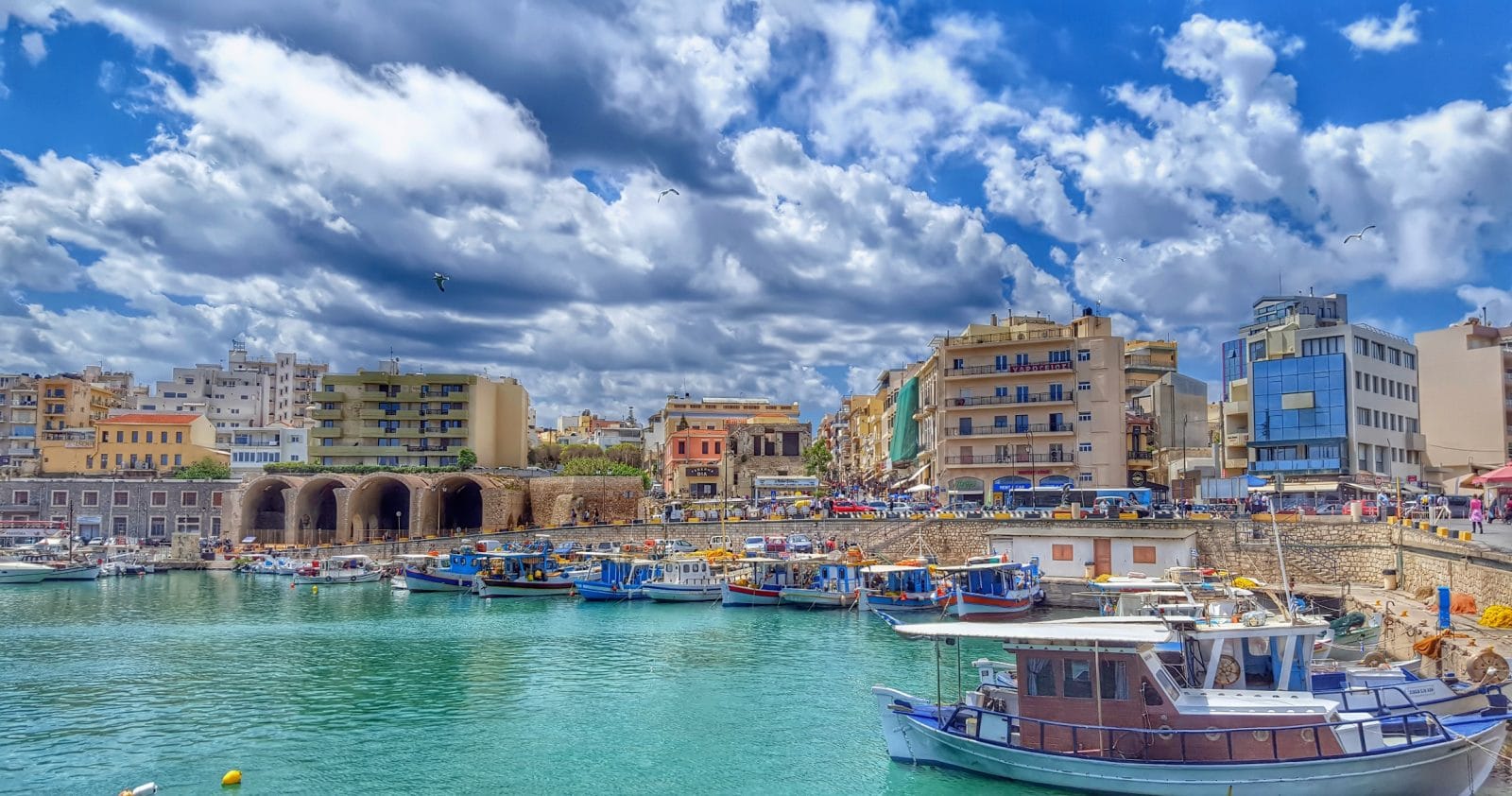 Heraklion’s history goes way back, to the Minoan Era (3500 – 2100 BC). Knossos (characterized as Europe’s oldest city) used a port at the site of Heraklion (today area of Poros-Katsambas).

The port was destroyed by a volcanic tsunami at around 1500 BC.

When the Arabs conquered Crete, in 824, they turned Candia (Heraklion) to a base for pirate attacks. The new town founded by the Arabs at the current site of Heraklion was called Radth al Khandak (Castle of Handakas). The city became the capital of the “Emirate of Crete”

Crete, after numerous attempts (the Siege of Chandax) the city, was released by the Byzantines in March 961, under Nikiforos Fokas’ commands.

The city was burned to the ground but soon it was rebuilt, it was renamed as Chandax (Χάνδαξ), and remained under Byzantine Control for the next 243 years)

The city of Chandax was acquired by the Republic of Venice in 1204. It was renamed as Candia and became the seat of the Duke of Candia. The Venetians built fortifications, bastions and the port fortress and as families from Venice came to live in the city, the arts and letters in Candia and Crete flourished. This is today known as Cretan Renaissance.

One of the largest sieges in history, the Siege of Candia, lasted for 21 years during the Cretan War. The Ottomans besieged Candia (current Heraklion) from 1648 to 1669 until they conquered it. Under their rule, its name was known as Kandiye however it was often referred to as Megalo Kastro (Big Castle) – name used to this day.

During the Ottoman Era, Heraklion’s harbour was silted up and ships used Chania’s port.

It was not until 1898 that the autonomous Cretan State was created, still under Ottoman suzerainty. The city was renamed as Heraklion, taking the name from the port of Heracleum (Heracle’s city), whose location remains unknown.